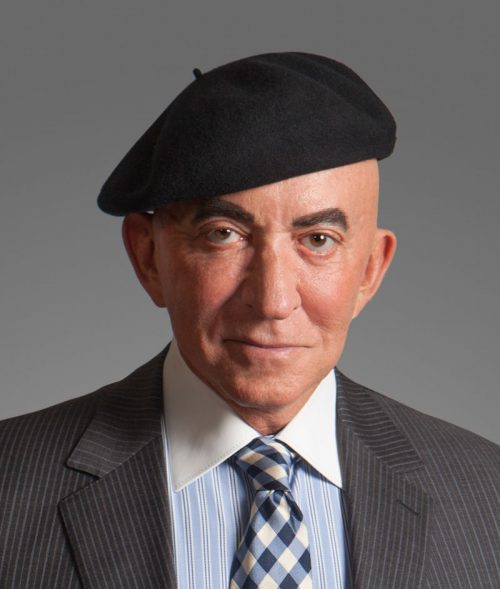 Dr. Bosarge is a world-renowned pioneer in the application of advanced mathematics to the fields of finance, medicine, and energy. Over the course of a remarkable career that has so far spanned more than six decades, he has developed innovative yet practical solutions to an exceptionally varied array of scientific and financial problems, while at the same time creating a number of successful businesses with global scope and influence.

Born and raised in Mobile, Alabama, Ed Bosarge graduated from Georgia Tech in 1961 with a B.S. in Applied Mathematics. A Fulbright Scholar, he earned his M.S. in Applied Mathematics from Georgia Tech two years later. He then joined IBM, where he helped to design computerized navigation and guidance systems for NASA’s Saturn rocket program, overseeing a team of hundreds of programmers. He went on to earn a Ph.D. in Applied Mathematics from Brown University, and in the late 1960s held a joint appointment at the IBM Scientific Center and Rice University, teaching nonlinear mathematics and working on a variety of research problems—among them, helping the celebrated cardiac surgeon Michael DeBakey perfect the technology that led to the first human heart-lung transplant.

In the late 1970s, Dr. Bosarge shifted his focus to geophysics, founding Texas General Resources, an oil and gas exploration firm. With his signature combination of conceptual daring and empirical precision, he turned Texas General into a leader in its sector, successfully locating a number of coastal petroleum reserves and bringing the company public in 1981.

In a move that would ultimately define his future career, he then switched his focus to quantitative analysis of financial markets. He spent much of the 1980s and early 1990s developing nonlinear mathematical models that could predict the behavior of financial markets and enhance the yield of large fixed-income portfolios. In the years to come, he would publish more than 20 scientific papers on mathematical solutions to financial modeling problems.

In 1986, Dr. Bosarge founded the Frontier Companies, where he developed and licensed his predictive financial market technologies to a worldwide client base of major financial institutions. This led a decade later to the launch of Quantlab Financial, which is today recognized as one of the world’s largest and most successful high frequency trading firms. Dr. Bosarge currently serves as Quantlab’s Chairman and CEO.

In recent years, Dr. Bosarge has concentrated on two cutting-edge fields: renewable energy and regenerative medicine. On the energy side, he envisioned, developed, and now oversees the world’s first wind and solar-powered “green” island, Over Yonder Cay. Located in the Bahamas’ Exumas chain, OYC has already been recognized as a world-class “off grid” prototype of renewable power generation.

Dr. Bosarge’s initiatives in regenerative medicine are equally bold. He has become a world leader in the search for treatments based on regenerative medicine for cancer, diabetes, neurodegeneration, osteoarthritis, and other conditions related to aging. Dr. Bosarge was also actively involved in an effort to streamline FDA approval of safe and effective cellular therapies in the U.S., recently leading a federal legislative initiative in partnership with the Bipartisan Policy Center.  As CEO of Houston Healthspan, Dr. Bosarge brings tireless passion as well as the pursuit of excellence in developing novel approaches to treatments aimed at generating curative and restorative therapies.

Dr. Bosarge serves on the boards of numerous foundations, including the Board of Visitors of The University of Texas MD Anderson Cancer Center in Houston. His support for adult stem cell research and the Vatican Stem Cell Conferences, his sponsorship of the bi-annual Vatican Stem Cell Conferences, and his leadership in the field of renewable energy led to his appointment by the Vatican as Scientific Advisor to the President of the Pontifical Council for Culture of the Catholic Church and, most recently, as The Pontifical Council Admonitor and Senior Advisor in regards to Regenerative Medicine.